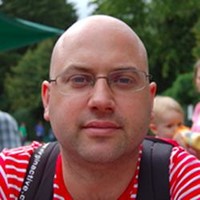 Refer me Happy was created in 2008, in response to the seemingly continual stream of mail offering cash, discounts and gift vouchers offered for referring friends to companies.

The problem with referring friends is that unless you have a large group of friends that are continually switching companies, there is only a limited amount of value you can get from these deals.

So I decided to make a free online matching service, similar in concept to the dating and relationship sites, but solely for getting existing customers of companies (referrers) in touch with new potential customers who want to get a special deal when joining a company (friends).

The initial site was pretty basic, but still attracted lots of hits from Google and users registering and being matched up.

After a mention on Radio 2 and 200 users registering in the next 48 hours, the site was redesigned in 2010 to make it a bit more functional, and to add some advertising. Previously the site was free of ads.

Further write-ups on money saving websites and an article in the popular UK newspaper The Guardian added additional interest.

The internet is very different now that it was in 2008 or even 2010. There is more focus than ever on social networking and mobile-friendly technologies.

When the user count hit 1000 I decided it was a good time to add further functionality to the site and to give it a new look that would fit in better with the current trends, as well as to make it more fluid and suitable for mobile devices such as phones and ipads/tablets.

As a UK site the majority of traffic is from the UK, but an increasing number of visitors are coming from abroad primarily USA, but also India, Australia, Canada and other countries.

So the goals of the 2012 Redesign were to make Refer me Happy:

Fast forward to the year of Covid and with 21369 members and an aging website, another redesign is overdue, and some time to pause for reflection about how to improve the usability of the site.

Some users find it confusing to know about referrals: Is this the referrer referring someone, or the friend being referred? Some new terminology is necessary to make it easier to follow?

To increase uptake, in the latest version referrers can post their referral codes (now known as recommendations) for anyone to find quickly. There is no need now for the friend to create an account and log in.

I hope you enjoy the site. If you have any suggestions or problems, please let me know by the new feedback tab on the side of the page.

What are you still doing? Go and upload some recommendations and make some money!